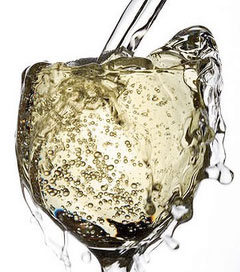 That Maybe So, But

Sauvignon blanc from New Zealand’s Marlborough region is now Australia’s top-selling white wine. A “savalanche” has left chardonnay and other whites for dust, and that gets right up the noses of Australian winemakers, who say it’s second rate.  “Kiwi fruit, sweat and cat’s piss on a mulberry bush,” says Stuart Gregor, who owns the Liquid Ideas PR agency and who reckons he’d be hard-pressed to pick the difference between a $10 and $30-plus New Zealand sauvignon. There is a world of difference, contends David Hohnen, the Australian winemaker who was lured to New Zealand in 1984 to become a pioneer of Marlborough sauvignon blanc with Cloudy Bay. Of the New Zealand savalanche, he says: “At the supermarket end, much of it is … dead boring.” But why is it so successful? “The same reason that Starbucks and McDonald’s are successful.” Hohnen says 95 per cent of drinkers are not discerning but “sheep-like” in their buying habits.