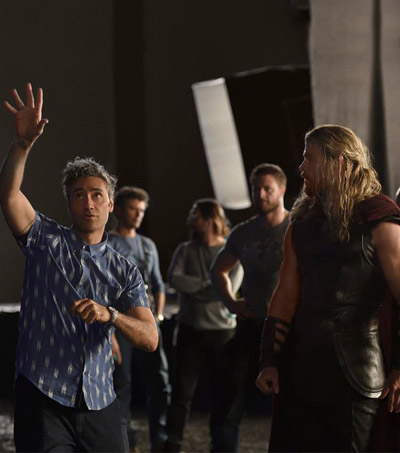 “It came as a large surprise to many when Marvel announced that it would be handing Thor: Ragnarok’s directorial reigns over to New Zealand film director, actor and comedian Taika Waititi,” writes Tiny Diapana for Epicstream.

The New Zealander is “known for his quirky indie feature films like What We Do in the Shadows, Boy, and Hunt for the Wilderpeople.”

“Speaking in an interview with The A.V. Club during the Rooftop Films Gala last night in New York, Waititi revealed that aside from having a Taika-esque tone, Thor: Ragnarok would also have a cameo from the director.”

“It’s not like a thing that I’ve ever planned, but now I’m in all of my movies in a small role or a larger role,” the director revealed. “I’ll probably just keep doing that. It’s like a dumb thing I do now.”

“I think the overall sense that I’m trying to give to the audience and what I want the audience to leave the cinema carrying with them is a sense of joy really,” he said when asked about the general tone of the film.

“Sometimes I would stop and think, I’m doing a movie that’s got Thor and Doctor Strange and The Incredible Hulk and Loki and every character is so strange and different. Civil War it’s just humans, humans with human problems. Ours is creatures and beings and all these sorts of really different characters. Again displaying human problems, but in outer space or in other worlds.”