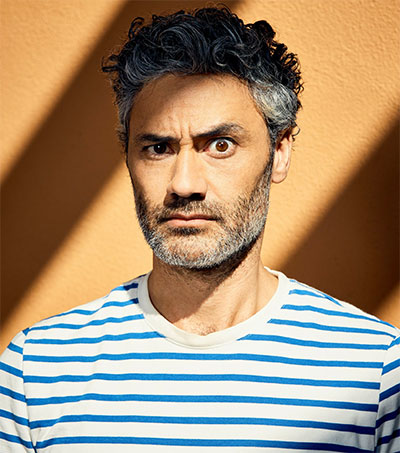 Taika Waititi Puts His Stamp on the Thor Franchise

In many ways, Taika Waititi neatly fits the mould of a lively director plucked from indiedom and placed at the centre of a franchise. He’s stylish, funny and confident, Dan Kois writes in a feature for The New York Times Magazine. But in one very obvious way, Waititi doesn’t fit the mould.

All those other directors are white; Waititi, 42, is Maori, from the Te Whanau-a-Apanui tribe, and so the bet Marvel was making by hiring Waititi was not only on an indie director but also on the first indigenous person ever to be handed the reins of a superhero megamovie.

One reason they felt comfortable giving him those reins was that Boy and Hunt for the Wilderpeople, despite their minuscule American box office, were offbeat crowd-pleasers – indeed, in New Zealand they were blockbusters, the most popular Kiwi films ever made, in part because of the complex way Waititi treated his Maori heritage on-screen.

In hiring Waititi for Thor Ragnarok, Marvel found a director with an anarchic visual aesthetic whose storytelling interests were nonetheless deeply, satisfyingly conventional. “In a lot of my films,” Waititi said, “the biggest theme is family, making families out of those around you.”

He admitted that the final product doesn’t betray much of his DIY aesthetic. But his stamp is on the film in other ways: in the way he has framed a superhero movie as a misfit family adventure with gun hammers. In the way he Ragnaroked Valkyrie – white and blond in the comics, but played here by Tessa Thompson, an actor of black and Latino descent. In the way the native filmmakers who shadowed Waititi learned that it’s possible for an indigenous artist to dance his way through a $180 million movie.

And in the way he ricocheted around the big Marvel ship, putting on a two-year show, using all the tools they bought for him to make something he likes – “a Taika version of one of these movies,” he said with satisfaction.