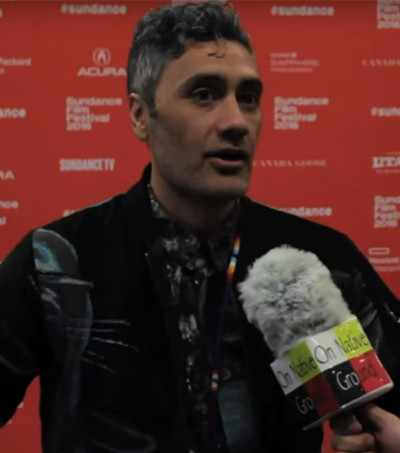 Taika Waititi Proves to Be Box-Office Gold in NZ

Two of his films are now the top New Zealand films at the country’s box office of all time after his latest outing, Hunt for the Wilderpeople, edged out The World’s Fastest Indian, for the number two spot with revenue of $5.2 million (NZ$7.3 million), according to figures released by the New Zealand Film Commission.

“I would like to say it’s a lifelong dream come true and now I feel complete, but to be honest, I won’t be happy until I have all three top spots,” said Waititi.

Hunt for the Wilderpeople “began its record-breaking run by reaching the biggest opening-weekend gross for a New Zealand film ever with $878,000 in its first four days after its release on March 31.”

Tags: Boy  Hollywood Reporter  Hunt for the Wilderpeople  Taika Waititi  Thor: Ragnarok  What We Do in the Shadows