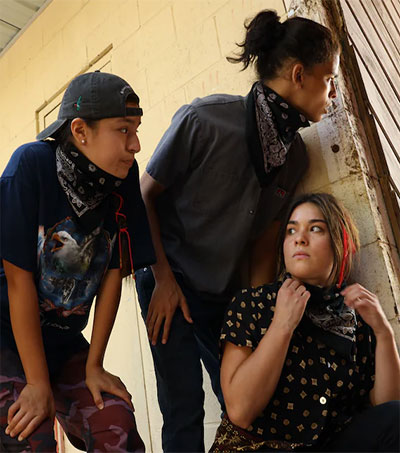 “From the pilot on, Reservation Dogs arrives fully formed, with a cinematic eye for its sun-baked environs (shot on location in Oklahoma) and sourced from what feels like a close-knit network of talent,” Kang writes.

Created with Sterlin Harjo, a filmmaker who is a member of the Seminole Nation, Reservation Dogs, according to Variety’s Daniel D’Addario, “is a lovely, eminently watchable triumph. It’s an overdue tribute to a sort of community it doesn’t mythologise. Instead, the show treats the reservation and its residents on their own terms, as worthy of being explored for just what it is, and just who they are.”

While The Atlantic’s Shirley Li writes:

“Harjo and Waititi have accomplished something trickier and riskier than simply centring the faces of people rarely seen on TV. They steep the audience in reservation life and allow episodes to unfurl in stylish, off-kilter ways that play with viewers’ expectations of Native characters and narratives.”