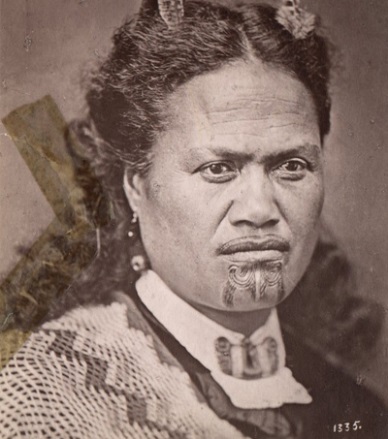 The Daily Mail has featured a number of black and white photos, which were taken by possibly the first New Zealand female professional photographer  Elizabeth Pulman and depict “how far the indigenous people of New Zealand were willing to go to honour their heritage and traditions,” as described by the paper.

The Maori face and body tattoos called Ta Moko describe families and background without words and are a visual language for courtship, status and moving into adulthood.

Other than most modern tattoos today, the specific symbols are carved into the skin using a mallet and chisel made from albatross bone, and ink pigment from Carui gum and dye from other vegetation.

Men traditionally wore the Maori tattoo on their face or buttocks, whereas women had it applied on chin, lips and shoulders.

The symbols of the ta moko usually tell the story of the wearer’s background and family, but also can signal rank.