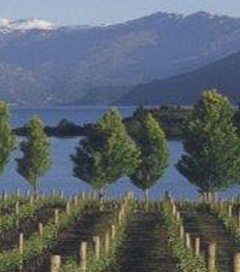 Global demand for wine is outstripping supply, meaning prices for New Zealand wine in export markets are likely to increase, according to a new report by US financial services firm, Morgan Stanley. Production of wine peaked in 2004 and has been falling ever since, while demand for the alcoholic product has increased, particularly in the US and China.

Morgan Stanley singled out New Zealand and other new world producers as best placed to exploit the new wine paradigm.

“Australia and New Zealand are already in balance [for production meeting demand] and may see more immediate upward pressure on export prices,” says the firm. Argentina, Chile and South Africa have excess supply, which will now be soaked up by the increasing global thirst.

New Zealand export growth has been very strong, rising ten-fold in 15 years, mainly on the back of the branding success of its sauvignon blanc. As a result, export prices for Kiwi pressed grapes are high and rising – almost double the cost of an Australian wine and second only to France.

“Stable domestic consumption, a rebound in export demand, combined with a fall in production has seen New Zealand move into an undersupply situation for the first time in more than 15 years,” says Morgan Stanley.

The present shortfall meant demand exceeded supply by 300 million cases in 2012, the largest production deficit in more than 40 years of international records. Wine production in France, Spain and Italy has contracted sharply, while New World production represents about 30% of the world’s supply.

America is the biggest New World producer, followed by China.