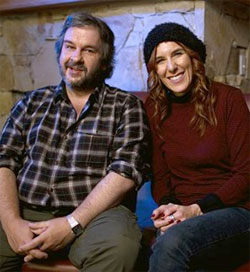 When the premiere of West of Memphis was first announced for the Sundance Film Festival this year, the participation of Oscar-winning Lord of the Rings filmmaker Peter Jackson was something of a surprise, not only as a producer on the film but also as an active participant in the defence. His behind-the-scenes role had been almost entirely unknown. West of Memphis has its origins in Jackson and partner Fran Walsh watching the 1996 documentary Paradise Lost: The Child Murders at Robin Hood Hills. “We got emotionally entangled with it; it really became something we weren’t expecting it to become,” Jackson said. Jackson and Walsh then began financing an investigation and DNA testing to exonerate the three men, becoming a core part of Damien Echols’ defence team. “The story is far from finished yet. The movie is finished, but it’s not about a movie anymore. And it never really was for us.” West of Memphis opens in the US this week. The film is directed by American Amy Berg (pictured).