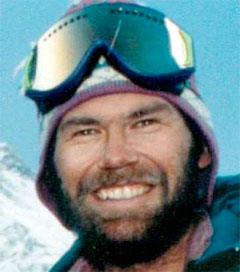 The story of Christchurch mountaineer Rob Hall’s tragic 1996 Everest expedition in which he, a fellow guide, and two clients perished, is being made into a film by director Baltasar Kormakur, and will star Golden Globe winner Robin Wright and Sam Worthington.

According to Deadline, Everest is currently filming on location at the base of the great mountain in Nepal before moving onto studio shoots in Rome and the UK. It’s set for a September 2015 release.