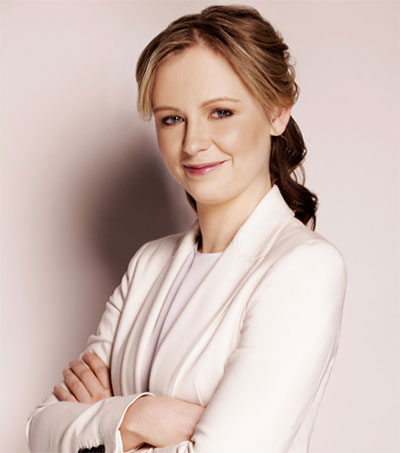 Conductor Gemma New made her long-awaited mainstage debut in Ontario as the Hamilton Philharmonic Orchestra’s new music director, receiving a standing ovation from a huge crowd.

Classical music writer for the Hamilton Spectator Leonard Turnevicius was there.

“[New’s] choice of works certainly wasn’t your typical, everyday fare,” according to Turnevicius.

“No perky overture followed by a dainty concerto with some heroic warhorse symphony after intermission on this night.

“Rather, the New Zealand-born New was out to make an impact from the giddy-up, and a forceful one at that.

“While none of the quicker tempos agreed on by New and [pianist Katherine] Chi could be classified as ‘going for broke’ – and that included the concerto’s final pages – New nonetheless proved herself a capable accompanist and collaborator, knitting together all of the seemingly disparate musical ideas in Prokofiev’s score.

“In the second half, New gave a compelling reading of Dmitri Shostakovich’s ‘First Symphony.’

“She and the HPO captured the moods and flavours of Shostakovich’s chef d’oeuvre – from the Punch and Judy-like music of the first movement to the second movement’s frantic sections to the harmonic richness and quasi-military fanfares of the third movement to the finale’s stresses and storms.

“An exciting night – which was capped with a standing ovation from most of the crowd, and quite a few whoops of delight directed at New and her crew.”