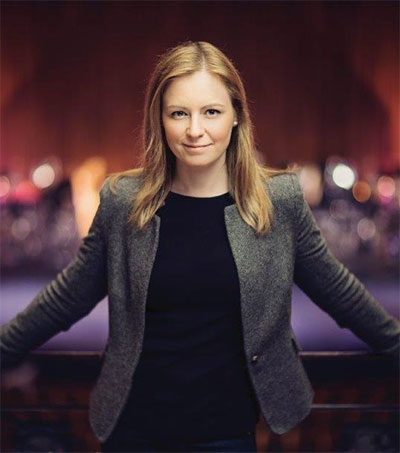 New Zealand-born conductor Gemma New is building a resume with lots of little “first-ever” asterisks. Like her months-old appointment as principal guest conductor of the Dallas Symphony beginning in the 2019-20 season. Recently, New added another first to her resume – her first time conducting in Arizona – when she led the Tucson Symphony Orchestra MasterWork concert.

Her appointment at Dallas Symphony was the first time the Texas orchestra has given that job to a female conductor.

But when she surveys her young and fast-moving career, the 32-year-old alumni of the Los Angeles Philharmonic’s Dudamel Fellowship Program said she doesn’t consider gender or the glass podiums she is shattering along the way.

“I feel like I’m treated like a professional and gender doesn’t have a big component of my work,” she said. “It seems to be significant for others and people just share that with me sometimes before or after a concert or after working with me … I don’t necessarily think it changes anything, but it’s a first for them and it’s something that they wanted to share. I respect that and I feel privileged to be that first time for them.”