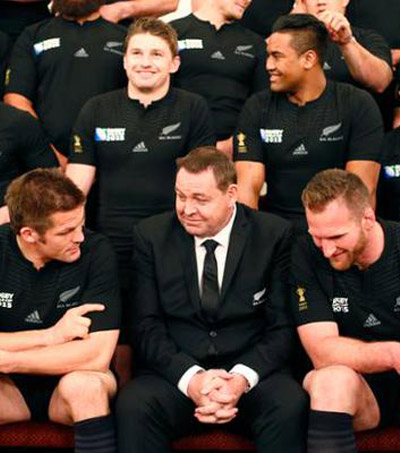 All Blacks Depart for England to Defend Their Title

The All Blacks have departed for England on Thursday hoping for a number of firsts: “To become the first team to defend the Rugby World Cup, the first New Zealand team to win the tournament overseas and the first team from any nation to win the Webb Ellis Trophy three times”, as reported in the Daily Mail.

“You don’t want to be curbing anyone’s enthusiasm. (The World Cup) is the pinnacle of anyone’s rugby career.”

The World Cup kicks off on September 18 when England play Fiji at Twickenham. On September 21, the All Blacks will play Argentina in their first match.

Experts predict the New Zealand team will face Ireland or France, if they get to the quarterfinals.

“If we’re good enough to get to the quarterfinal and whoever we play we have to deal with that”, said Hansen.

“We can’t fear that”, said the All Blacks coach, referring to the possibility of having to play France in Cardiff in the quarterfinals, where the All Blacks were beaten during the last Northern Hemisphere World Cup in 2007.