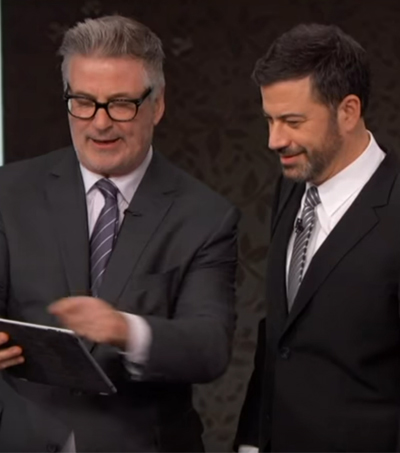 “Soap operas are kind of a dying breed here in the United States. There aren’t many left,” said Jimmy Kimmel in the show before introducing the New Zealand soap Shortland Street.

“I don’t know much about the show itself. What I do know is a hell of a cliffhanger when I see one,” he said.

“Does anyone else have goosebumps? I can’t take the suspense,” proclaims Kimmel after showing the original clip to his audience, in which Dr Chris Warner delivered the memorable line “Please tell me this is not your penis!”

“This is a show I would love to bring to American television,” said Kimmel.

The original clip is followed by the trio re-enacting the scene. To watch the video click here.