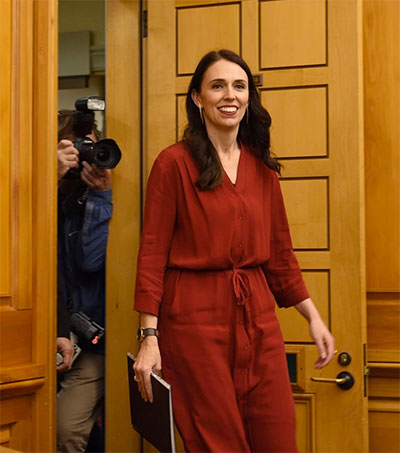 Facebook COO Sheryl Sandberg gives her opinion on New Zealand Prime Minister Jacinda Ardern, who has been named in Time magazine’s list of 100 ‘Most Influential People’, alongside other leaders including London mayor Sadiq Khan, Canada’s Justin Trudeau and royal couple Prince Harry and Meghan Markle, the Duke and Duchess of Sussex.

“Just 11 countries out of almost 200 are led by a woman. Let that number sink in. That’s how hard it is for a woman to rise to lead a nation,” Sandberg begins.

“Last October in New Zealand, Jacinda Ardern did it.

“She was already a political prodigy. In 2008, she was elected the youngest member of the New Zealand Parliament. Now she’s the youngest female prime minister in the world. At a time when conservative politicians are ascendant across Europe and the US, she’s proudly progressive – with a raft of plans to fight economic inequality, address climate change and decriminalise abortion. She wasn’t supposed to win: she entered the election late, and her party’s approval ratings were low. Then a wave of ‘Jacindamania’ swept the land.

“And she’s expecting her first child this year.

“In a world that too often tells women to stay small, keep quiet – and that we can’t have both motherhood and a career – Jacinda Ardern proves how wrong and outdated those notions of womanhood are. She’s not just leading a country. She’s changing the game. And women and girls around the world will be the better for it.”