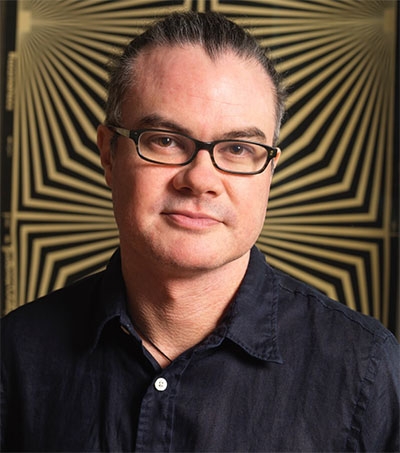 New Zealand-born Seb Chan, lauded for his leading role in transforming the Cooper Hewitt, Smithsonian Design Museum in New York with a human-centred digital renewal, has been appointed chief eXperience officer (CXO) at the Australian Centre for the Moving Image (ACMI) – the first role of its kind in the international museum sector.

Announcing the appointment, ACMI director and CEO Katrina Sedgwick said Chan was a trailblazer in the international cultural landscape. Prior to his role in New York, Chan came to international fame for his ground-breaking work with Sydney’s Powerhouse Museum.

Chan, 42, is currently director of digital and emerging media at the Smithsonian Design Museum, where he has been responsible for the museum’s digital renewal and its transformation into an interactive, playful museum after a three-year rebuilding and reimagining process.

He also acquired iOS App, Planetary, the first ‘App’ to enter the Smithsonian’s collection, and brought new thinking around acquiring digital media and software to the institution.

In a feature article by the Atlantic written earlier in 2015, Cooper Hewitt, Smithsonian Design Museum was described as “the museum of the future”.

When the Smithsonian reopened, the publication wrote that its leaders were rethinking what a design museum should be.

“And a five-member team inside it – Cooper Hewitt Labs – was thinking about questions which the [interactive] pen [each visitor receives on admission] addresses, questions about how to bind the vast possibilities of the digital with the finite fact of the physical.”

The museum website explains: “The new interactive pen further enhances your experience by letting you ‘collect’ and ‘save’ objects from around the galleries. Carry it in your hand tethered with a convenient wrist strap – it is always ready when you need it.”

A former DJ, Chan is also a regular speaker at digital and cultural sector conferences.