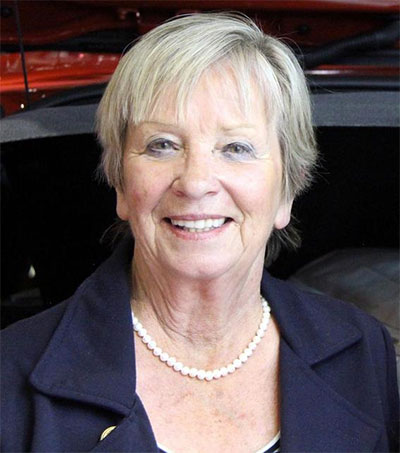 It seems the motoring world is only now taking notice of female car ownership. Statistics suggest women play an influential role in as much as 85 per cent of car purchases across the globe. “In some countries, 64 per cent of cars are bought by women, yet car advertising is still kind of patronising towards us,” New Zealander Sandy Myhre, founder of the Women’s World Car of the Year Awards, explains to UAE-based news publication, The National.

Myhre, who began her career as a reporter in 1981, was inspired to start the competition when she began to notice there were no women among the 45 jury members at the World Car of the Year Awards, the newspaper reports. “I got on the internet and tried to search for female motoring writers,” she said. “It was actually quite hard. Eventually I found eight and so we started with them.”

The group comprises 37 professional motoring journalists from 28 different countries, with more coming on board this year. It is the only car awards in the world in which the winners are decided entirely by women.

“It’s to educate two groups,” she says of the event. “One is the motor industry, because sadly it hasn’t recognised its own customers quickly enough. Secondly, we are a voice for women car owners worldwide.”

Myhre says that even within the motoring industry, female representation is limited. “The number of women at management level in the motor industry is something like 12 per cent. At the higher echelons, at executive level, it’s only 4 per cent,” she says.

This is a crucial statistic when you consider that women use a different criteria to buy a car than men. For example, safety, storage, value for money and driveability are important for women. If the car industry is to tailor new cars to the preferences of women more effectively, it’s essential to have more of them working in the industry. “If they don’t, there’s not going to be any change,” Myhre says. “There have to be more women at executive level making decisions.

“You simply can’t ignore us any more.”