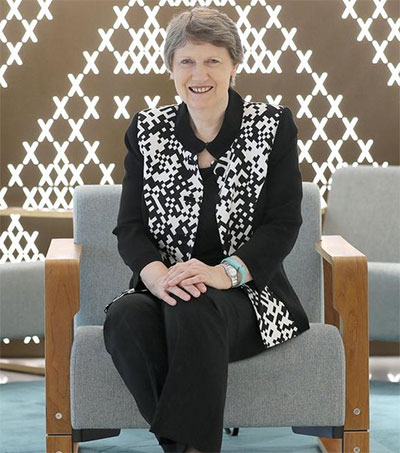 Former New Zealand prime minister Helen Clark is unequivocal when challenged on the pervading doom and gloom about the world. Can she really remain an optimist? “Of course,” she said enthusiastically, when former UK ambassador Tom Fletcher interviewed her last month in Abu Dhabi, where she was taking part in the Reaching The Last Mile conference.

Clark explained what needs to be done to create a more peaceful world in 2020.

“We are making real progress. But change only happens when people come together to work for it. What we need is to renew that spirit of global cooperation,” Clark said.

But is that possible in the era of US President Donald Trump, when the global architecture is being disrupted from within and without? Clark, who released her book Women, Equality, Power in 2018, recognises the context is much harder. “President Obama got it,” she told Fletcher. “He acknowledged that the US couldn’t go it alone, that we needed to work in partnership.”

Campaigners need to be more creative in forming agile coalitions over issues that motivate them, she added. “And remember that the pendulum swings, presidents come and go and progress zig-zags.”

Clark’s contribution to future peace has been large. For example, spurred into action by mosque shootings in Christchurch last year, the Helen Clark Foundation developed a “Christchurch Call” for tolerance and coexistence. This was widely adopted by governments shocked by the attacks and aimed to find a common vehicle to reduce the polarisation of national and global debate.

Clark says she wants to use this momentum to convince governments and social media companies to take more practical steps to restrict online radicalisation. “There is no other form of media that would have broadcast live 29 horrific minutes of the massacre in Christchurch, in the way that Facebook did,” she said. “This cannot be acceptable. We need new codes of conduct and self-regulation, with sanctions for those platforms that do not respect them. And we need some kind of global agreement – this is a new and urgent front line for statecraft.”

Being an advocate of global citizenship, the international system and a collective effort to reduce global poverty may be a lonelier place than it once was, but if the world were forming a haka to fight back, Clark would be in the midst of it. And she wants to enlist tomorrow’s leaders. “These global challenges will continue to grow and evolve. You have to play your part. Don’t wait to be asked.”