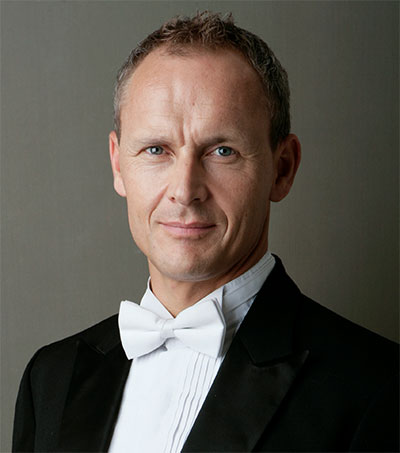 Andrew Sewell brought his baton to the San Luis Obispo Symphony back in 2016 and now the New Zealand-born conductor is staying put in California.

The Symphony recently announced the appointment of Sewell as its ninth conductor and music director, culminating an extensive year-and-a-half long search that drew 133 applicants from around the world.

“In the end, it is Andrew’s impressive musicianship, his extensive body of work with the Wisconsin Chamber Orchestra and conducting other notable orchestras and his warm rapport with the board of directors, staff, other organisations and community members that made the selection committee and board decision unanimous,” incoming board president David Hamilton said.

Sewell is currently preparing to programme and present the 2017-2018 season.

“I am deeply honoured to have been selected by the San Luis Obispo Symphony,” Sewell said. “My wife, Mary, and I were touched by the hospitality and graciousness we experienced when we visited. We feel very much at home and I am very excited by this opportunity. I look forward to working with the musicians, staff and the board of directors to explore how and where the symphony may grow artistically in and with the community.”