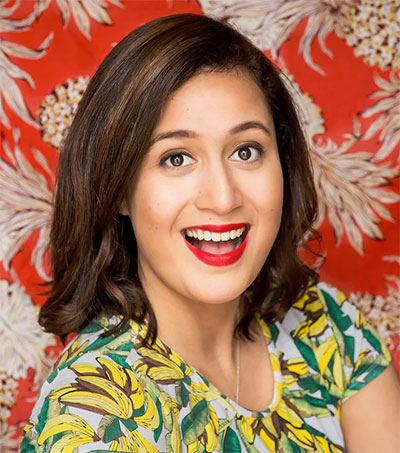 “Matafeo has watched a lot of romcoms, and decided that she’s classic ‘sassy best friend’ material – hence the title of this new show. But what does that mean, and is it a good thing to be? A year on from [Matafeo’s] whirlwind fringe debut with Finally Dead, this latest offering interrogates – with the lightest of touches – the personalities on offer to women, and one way in particular that those personalities can be tampered with,” Brian Logan writes in a review of the show for the Guardian.

“It’s less gimmicky and more assured than its predecessor and makes a real relatable virtue out of Matafeo’s self-doubt, as a woman with ‘enough confidence to do standup, but not enough to wear a hat’. As with Finally Dead, the show starts on the upbeat and stays there, as Matafeo performs a dippy romcom title sequence, then launches into an account of her own relationship with that Hollywood genre. ‘Classic sassy best friend,’ it turns out, might just be a euphemism for non-white and curly-haired.

“Amid the looser-fitting routines about misogynistic rap or her high-school musical career, she builds a persuasive argument for freeing young women from personality pressure, complicated or otherwise by the side-effects of the pill. And above all, she’s effervescently entertaining.”

Auckland-born Matafeo hosts the podcast Boners of the Heart with Alice Snedden on the Little Empire Podcast Network.

Sassy Best Friend is on at Edinburgh’s Pleasance Courtyard until 28 August.