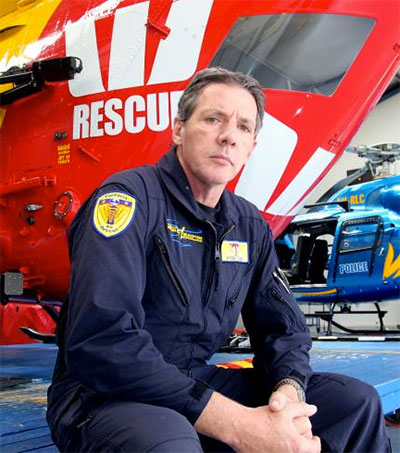 To his daughters, Roger Corbin was Dad. But to many, the New Zealand-born helicopter pilot was a hero.

His 11-year-old twin girls have been inundated with support since their dad’s sudden and tragic death in a helicopter crash at Hobart airport on 7 November. He was 57.

“People we don’t even know have been so caring,” Isabella said.

People have reached out because they have been touched by Corbin’s generosity and touched by his aviation genius.

Corbin had flown and trained pilots in many countries, and was once shot at while piloting in Papua New Guinea.

In 2007, Corbin won the National Search and Rescue Award for his work in more than 700 rescues across Tasmania – including the rescue of a lone Japanese sailor from a yacht off the coast of Tasmania in treacherous conditions – and the surrounding oceans. In his 35 years’ experience, he clocked up 14,000 flying hours.

He and his wife Allana Corbin arrived in Tasmania from Sydney in 2000 to set up Rotor-Lift Aviation, the state’s emergency helicopter service.

The twins said they loved flying with their dad.

Isabella said she wanted to learn to fly as soon as she was old enough.

“Dad was going to teach me,” she said.

The flying dream lives on, and she hopes to work towards a licence when she is 16.

“I want to be the youngest person to fly a helicopter.”