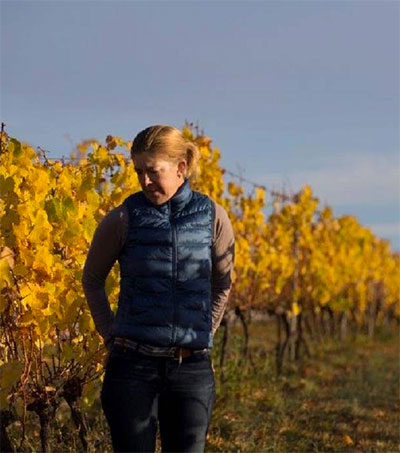 “Connew established Stargazer in 2012 with the name a tribute to Dutch navigator Abel Tasman – the first European to sight Tasmania in 1642.

“Her wines, made from bought-in grapes and from her own vineyard in the Coal River Valley, have earned Stargazer a coveted five red stars in James Halliday’s Wine Companion. It’s a top ranking that I believe is confirmed by the latest batch of Stargazer releases.

“[Connew] has a Canterbury University Law and Arts degree and a Lincoln University winemaking degree, [and has] worked in wineries in Spain, Italy and [the] US, [and did] a 10-year stint at McLaren Vale’s Wirra Wirra winery.

“As senior winemaker there she was judged the International Red Winemaker of the Year at the 2007 International Wine Challenge in London.

“She came to the Hunter in 2010, winning wide acclaim with her Tower Estate wines and worked for two years as manager of the Hunter Node of the Australian Wine Research Institute, which provides world-class wine research and advisory services.

“An experienced wine show judge, in 2015 Sam made history by being appointed chair of judges of the Sydney Wine Show – the first woman to fill that post.

“In February 2016 she bought Palisandser vineyard in Coal River’s Tea Tree area, 20 minutes north-east of her Hobart home and has added hands-on vineyard management to the formidable winemaking skills she applies in making her wines using facilities at the near-by Moorilla winery.

“When I spoke to her recently she was in the vineyard pruning and she foreshadowed the release later in the year of a new 2017 pinot meunier-pinot noir blend called Rada and a 2017 Tupelo, the pinot gris-riesling-gewürztraminer blend introduced last year.”