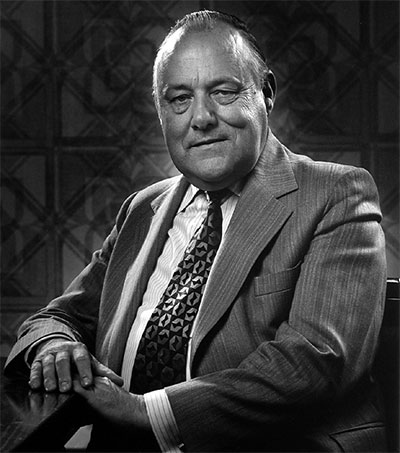 Robert Muldoon Our Own Feisty Protectionist

“What would you think of a Western democratic leader who was populist, obsessed with the balance of trade, especially effective on television, feisty and combative with the press, and able to take over his country’s right-wing party and swing it in a more interventionist direction?” asks Bloomberg columnist Tyler Cowen. “Meet Robert Muldoon, prime minister of New Zealand from 1975 to 1984.

“For all the comparisons of President Donald Trump to Mussolini or various unsavoury Latin American leaders, Muldoon is a clearer parallel case,” according to Cowen.

“Muldoon favoured easy money; it remains to be seen whether Trump will do the same. In New Zealand, price-inflation rates ended up over 15 per cent on Muldoon’s watch. He then pushed for a wage and price freeze, which worsened the economy further.

“Like Trump, Muldoon faced some controversial race issues. The all-white South African rugby team was scheduled to tour New Zealand in 1981, and even after extensive protests Muldoon refused to ban the team. Muldoon’s critics called him a racist, and charged that his intentions in the matter were not entirely benign. Muldoon also continued his predecessor’s policy of arresting and deporting Pacific Islanders who had overstayed their visas.

“It was his philosophy not to bother to appeal to his opponents. The more critics he generated, the more his supporters – known as ‘Rob’s Mob’ – loved him.

“Arguably, Muldoon was not as outrageous as Trump. Still, he once punched demonstrators, and stripped naked at a cocktail party. Twitter remained beyond his grasp.

“One lesson from the comparison is that a leader like Muldoon can be fairly popular, winning three terms despite mistakes, antagonisms and policy failures. He was a plain-speaker who related well to many New Zealand voters, and he was masterful at defusing or rechannelling opposition within his own party.

“After Muldoon was voted out of office, he started a popular radio talk show, ‘Lilies and Other Things,’ which dealt with gardening, politics and the economy, all the while maintaining his fiery tone. He also played a vampire – Count Robula – on a late-night TV horror show, and he narrated The Rocky Horror Picture Show. Not exactly The Apprentice, but with this we have come full circle.”