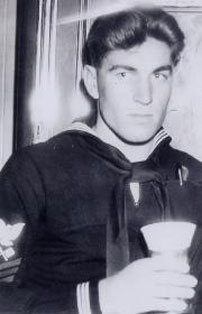 Sixty-nine years after he survived a fatal landing exercise off Paekakariki Beach, former marine American Frank Zalot plans to travel to New Zealand in 212 for a commemoration of American servicemen stationed here in World War II. Ten of Zalot’s friends perished in the accident on June 2, 1943. Zalot wrote an eyewitness account of what happened, and his daughter emailed it to authorities on the Kapiti Coast. They had little information about it, and his story was noted during a flag-raising ceremony there on Memorial Day. “Frank Zalot’s story is very moving and significant,” Mayor of Kapiti Jenny Rowan said. “This is one of the biggest tragedies in Kapiti in the past century, and it’s a story many of us know very little about.” “This was a very difficult story to tell because these men that died that night were like family,” Zalot said. Pearl Harbour was bombed on Zalot’s 17th birthday; he enlisted in the Navy the next day.