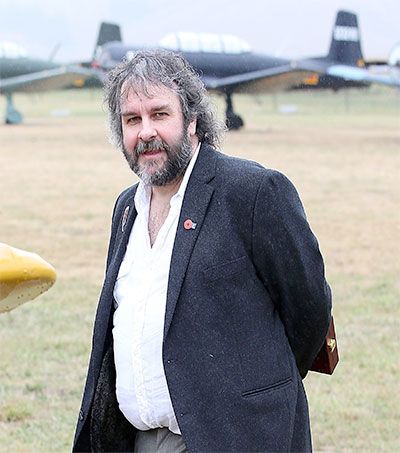 Allen keeps more than 20 vintage World War II fighter planes, all in working condition, at a former US Air Force base outside Seattle. When it comes to World War II fighters, no collection is as comprehensive as Allen’s, which encompasses planes from all the war’s principal combatants, including Germany, Japan and Russia.

Like Allen, Jackson is a stickler for historical veracity and, similar to his approach to The Lord of the Rings, for which he pioneered his own visual effects studio, largely built his collection from the ground up. The bodies of World War I aircraft were essentially oversize kites, made primarily of cloth stretched over wood frames. As a result, few original aircraft survive – fewer still in flying condition.

Of course, neither Allen nor Jackson are in it for the money. Both are the sons of World War II veterans and have spoken of a lifelong fascination with vintage warplanes kindled in childhood. Allen has tried to collect a real version of every model plane he built as a kid, while Jackson’s passion for old warplanes extends to his filmmaking. In 2008, he wrote and directed a World War I short called Crossing the Line and has spoken about wanting to remake both The Blue Max, a 1966 film about World War I aviators, and 1955’s The Dam Busters, about daring World War II raids on German dams using ingenious bouncing bombs.