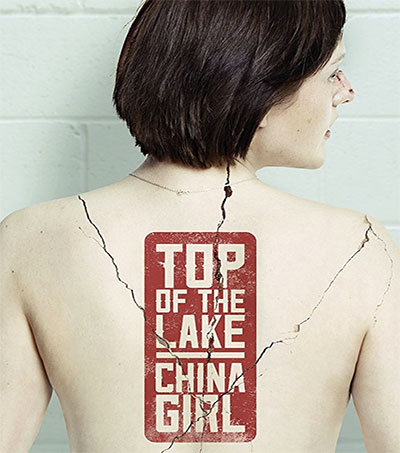 Reasons Behind the China Girl in Top of the Lake

There’s certainly a great deal of thematic resonance in the first series of Top of the Lake and this one, beginning with women immersed in a body of water, a narrative of pregnancy secretly imprinted into their bodies. But in a show that features white stars playing nuanced, marquee roles, is there a deeper meaning to having Asian victims in both installments? Variety asks New Zealand co-creator Jane Campion.

“I think it is purposeful,” Campion says of the parallel. She spends most of her time living in Sydney but feels dissatisfied with how it has been represented on-screen. “Sydney is a very Asian city as well, and you don’t often see that.”

Campion was especially interested in how Asian women are fetishised by Australian and New Zealand men. “They like Asian women as possibly being more docile: cuter, attractive and more likely to become compliant brides,” she says. “So there’s a habit among certain types of Australian and New Zealand men to go over and get [themselves] an Asian bride.”

That sense of hidden depth reflects the dual meanings of “China girl,” of which Robin (Elisabeth Moss) seems fully cognisant. (The term becomes the police operation’s official code name.) It implies fetishised foreignness – as well as fragility. The poster for the season shows Robin, naked from the waist up, with cracks running through her torso – as if she is made of porcelain.

To research China Girl, Campion and her team visited Thai brothels in Sydney and interviewed the workers. (Sex work is legal in Australia.) What they learned led the series co-creator to revise her approach to the material. “It’s a very stigmatised profession, and people can be easily hurt,” she says.

China Girl was screened in its entirety at the 2017 Cannes Film Festival in May. In the UK, it premiered on BBC Two on 27 July. The US premiere is set for September 2017 on Sundance TV.