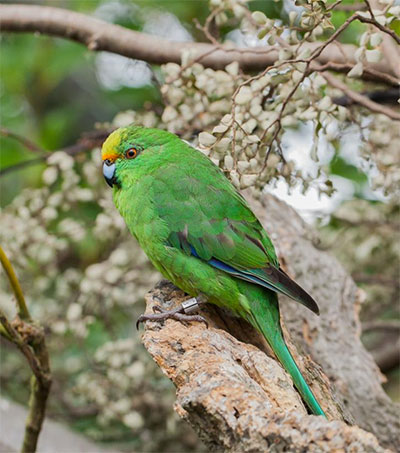 Populations of New Zealand’s critically endangered orange-fronted parakeet, or Malherbe’s parakeet, are recovering thanks to conservation efforts concentrated on bringing them back from the brink, the editor of educational geography website World Atlas, Oishimaya Sen Nag, writes.

With a population of only around 300, the kākāriki karaka is the rarest of New Zealand’s six species of parakeets, Sen Nag writes. Believed to be extinct until 25 years ago, conservationists have not left a stone unturned to save the species since its rediscovery. This year, the birds experienced a fantastic breeding season emphasising the significance of the protection of its preferred food source, the native matagouri shrub. There are concerns, however, that matagouri forests are falling prey to the livestock grazing pressures.

More recently, with the easing of the coronavirus restrictions to Level 3, 18 parakeets raised in captivity in Christchurch are being released into the wild. The plan is to release them in the Lake Sumner Forest Park where they will join another 15 other members of their species released in March this year.

“I’m delighted that after record breeding last year, these distinctive rare birds are set to fly free from their bubble into Lake Sumner Forest Park.”