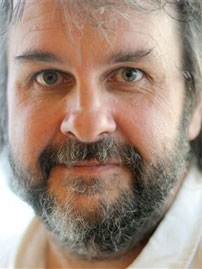 “Peter Jackson raised the bar for fantasy popularity 11 years ago with the first of three Lord of the Rings films,” Brian Truitt reports for USA Today. “With his latest J.R.R Tolkien adaptation, he aims to do the same with a new movie technology. The Hobbit director says the faster frame rate could revolutionize the moviegoing experience. The Hobbit: An Unexpected Journey is being filmed at 48 frames per second – the first major theatrical movie that’s not 24 fps – to mold a more immersive cinematic world and also create a smoother 3-D that will reduce eye strain. Using 48 fps ‘gives you an illusion of life that’s so much more vivid than 24 frames does,’ Jackson says. ‘You suddenly have no strobing, no motion blur, no flicker.’” The Hobbit is released in the United States on 14 December.

Tags: Hobbit (The)  Lord of the Rings (The)  Peter Jackson  USA Today