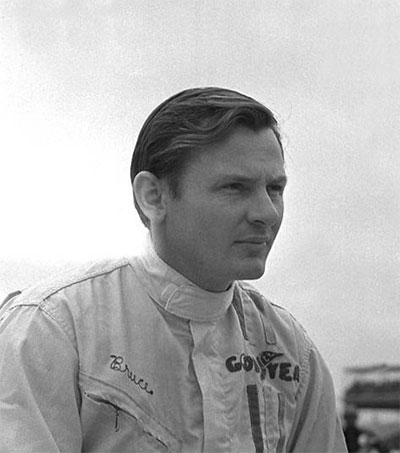 Legendary constructor and driver, New Zealander Bruce McLaren has been inducted into the Auto Racing Hall of Fame at the Indianapolis Motor Speedway (IMS) Museum by a panel of journalists, participants and historians.

The Auto Racing Hall of Fame honours and celebrates individual contribution to the sport of automobile racing. It was founded in 1952 under the auspices of the Contest Board of the American Automobile Association (AAA) and was moved to the original IMS Museum in 1962.

The final verdict on 2017 inductees was selected from what was originally a 16-name list, and was announced on “Founders Day”, the 108th anniversary of the day the Indianapolis Motor Speedway Company was officially formed.

IMS president Doug Boles said: “Even decades after his passing, the name Bruce McLaren instantly conjures up vivid memories for racing enthusiasts around the world, whether they be for his Formula 1 driving days; for his analytical approach to racing; his decision to start up his own marque, when he could well have continued to drive for other people; his utter dominance, along with fellow New Zealander Denis Hulme, of the Can-Am series in the late 1960s; or for the legendary organisations he left behind which compiled multiple Formula 1 constructor championships and Indianapolis 500 wins.”

However, it is as a designer, constructor and engineer, and founder of one of racing’s iconic marques that he is best known. His Formula 1 team has captured eight constructors’ and 12 drivers’ championships, took 56 Can-Am wins between 1967 and 1972, and McLarens have also won Le Mans 24 Hours and the 12 Hours of Sebring.