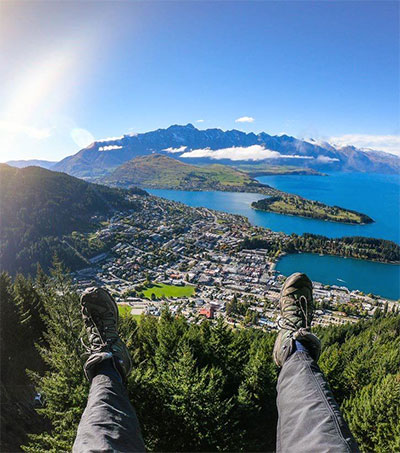 In order to cope with large numbers of holidaymakers, New Zealand’s ‘adventure capital’ Queenstown proposes to charge international tourists a $7.50 fee for the privilege of visiting the area.

Queenstown, situated in the picturesque Southern Alps region of the South Island, is buckling under its own popularity, with 34 international tourists for every resident.

By comparison, the Auckland ratio is one to one and Christchurch is three to one.

The proposal echoes one in Venice, whose mayor, Luigi Brugnaro, has announced an entry tax from 1 May. Each visitor will be charged between €3 and €10, depending on the time of year.

Queenstown attracts holidaymakers across the world due to its combination of natural beauty and adventure sports including skiing, bungee jumping and white water rafting.

But house prices and rentals are among the most expensive in the country, pricing out local families and workers, and infrastructure such as roads and public amenities are overwhelmed, and environmental gems threatened.

As a result, Queenstown mayor Jim Boult wants to introduce a visitor levy, which he says will be directed towards desperately needed infrastructure to ease the burden on the district’s 24,000 ratepayers.

“Queenstown Lakes has one of highest visitor-to-resident ratios in the world,” Boult said.

“While Queenstown Lakes is a place synonymous with wealth and luxury, at the heart of the district are communities where people are struggling to find affordable housing and traffic is a growing challenge.”