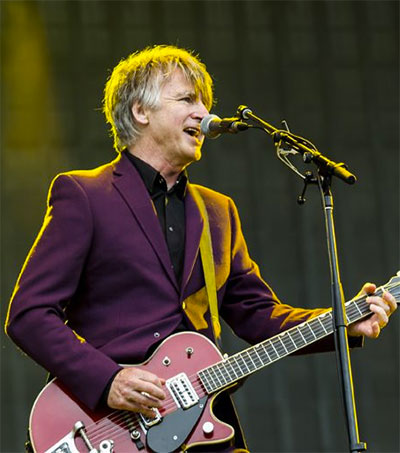 Neil Finn performed at the recent Festival d’été de Québec (FEQ) playing a mixture of Split Enz and Crowded House favourites, as well as some of his own tracks, “in smooth style” according to Andrew Greenfield writing for Life in Québec.com.

Together with his son and daughter, the New Zealander performed a 10-strong set including perennial favourites Don’t Dream It’s Over, I Got You, and Better Be Home Soon.

Finn, 58, has been showcasing his talents in front of crowds one way or another since his early childhood, either singing with his brother or on the guitar or piano.

As his allotted time came to an end, to the delight of the crowd the singer decided to keep on going.

He hadn’t finished and wasn’t going to let the small matter of having his band’s equipment being dismantled before his eyes put him off.

“I’ll just start playing something and feel free to sing along,” Finn said to the crowd.

“You lot can start packing the gear up, and I’ll just play alone,” he said to the backroom team and other musicians. “I’m breaking all the rules.”

The evening was good and it just got better. Better Be Home Soon being the final song.