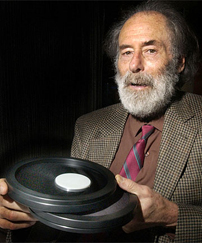 World-renowned earthquake engineer and inventor of the base isolation technique Dr Bill Robinson has died in Christchurch aged 73. The seismic protection and damping equipment developed by Dr Robinson is used in buildings located in some of the world’s most seismically active areas such as California and Japan. In New Zealand it protects several high-profile buildings including Te Papa Tongarewa. Industrial Research Ltd chief executive Shaun Coffey said Robinson’s work had saved innumerable lives. “The technology he invented and developed has been deployed in what is estimated to be worth over US$100 billion worth of buildings and structures throughout the world,” Coffey said. Dr Robinson’s son Michael said his father was a great family man and a lot of fun. “He was very adventurous and travelled the world giving lectures about his work,” he said. Dr Robinson was a former director of the DSIR’s Physics and Engineering Lab and the subsequent Physical Sciences division of DSIR. He was awarded the Cooper Medal in 1994 and New Zealand’s top science and technology honour, the Rutherford Medal, in 1998. He was also very active in Antarctic Research for many years. In 1995 he founded Lower Hutt-based Robinson Seismic Ltd, which is recognised around the globe as a leading innovator in seismic protection and damping devices.