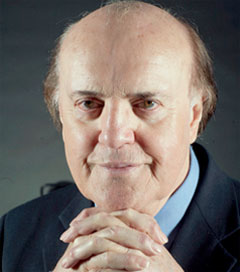 Iconic New Zealand journalist Peter Arnett, 78, who ushered in the era of live television war reporting during the first Gulf War in 1991, will be the subject of a feature-length documentary called, Words of War. The film will follow Arnett as he travels from his childhood home in Riverton, to hotspots, such as Vietnam, Afghanistan and Iraq, where he made his name working for CNN. His reports earned him a Pulitzer Prize for International Reporting in 1966. During his CNN tenure, Arnett interviewed Saddam Hussein and Osama bin Laden. Today, Arnett teaches young journalism students in the city of Shantou, in south China’s Guangdong Province. Film creator and co-producer Aucklander Bruce Nixon said: “We are a nation of people who get very excited when one of our own is doing well overseas.” Words of War director John Hagen is one of those excited by Arnett’s story. “His stories were enthralling, his life seemed exciting and inspirational; in short, he was my hero,” Hagen said.