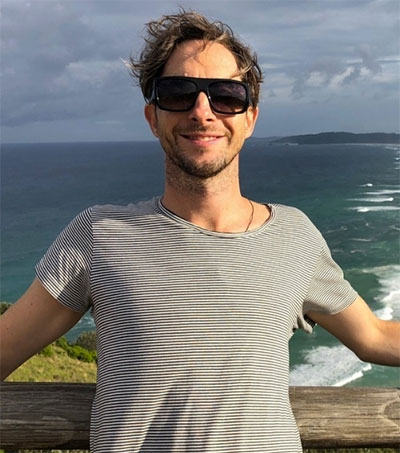 From Practising Law in Dublin to Yoga in Auckland

Each week, Irish Times Abroad meets an Irish person working in an interesting job overseas. Lawyer and yoga teacher Paul Gillick shares his experience of moving to Auckland with his New Zealand-born wife where he works for a recruitment company that specialises in sourcing pilots for client airlines throughout Asia, Europe and Africa.

“As part of the legal team, my work involves reviewing and drafting contracts and encompasses analysis of employment and tax law across many jurisdictions,” Gillick tells the Times.

“Yoga works as an effective antidote to many of the common ailments of modern life. I started teacher-training with senior Iyengar yoga teacher Aisling Guirke in 2009. I continued my teacher-training in Auckland once I had found a studio and senior teacher here and qualified as an Iyengar yoga teacher in 2015. I started teaching at Yoga Herne Bay in 2013 and currently teach three classes each week.

“Yoga is very popular in New Zealand with over 30 studios in Auckland alone. It can be a challenge to attract new students with all the competing styles on offer.

“Auckland is a great city to live in, particularly because of its proximity to the ocean. After spending the first few years living close to the city centre, I now live out at Piha, a beach town famous for its surf breaks on the west coast, about 40km from the city centre. I couldn’t think of living anywhere else.

“We bought a house at Piha last year and love living out by the beach. It is a dream come true. We have a lifestyle that we could not hope to replicate back in Dublin, although the pull of home and family is ever-present and undeniable.”