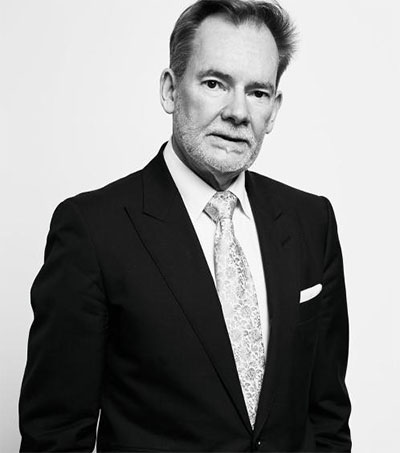 In his first interview since taking up the role of British chief trade negotiation adviser, New Zealander Crawford Falconer talks to John Arlidge from The Sunday Times, about why he emerged from the “comfort of academia to wrestle with the most divisive and, to many, thankless task in modern British history”.

Born in Scotland and raised in New Zealand, Falconer is the key player in trade negotiations. “The world is the UK’s oyster,” he says.

Asked why he took the job, Falconer replies Tiggerishly: “Hell, why wouldn’t I? This is the most exciting thing I can imagine, because what you’re talking about is change. I’m not dealing with the EU exit negotiations. I didn’t want to come to a job that was essentially defensive. That’s not exciting. What’s exciting is changing direction.”

For Falconer, whatever happens politically, it is still game on. He is a true believer, the kind of man who can change minds and, he hopes, bend the arc of history in Britain’s favour. After an inevitable “period of adjustment, both psychologically and economically” post-Brexit, Britain’s fortunes will get much better – fast, he insists. “I understand that there are other things distracting people. But keep your eye on the endgame. The opportunities are enormous. There are so many, where do I start? In 10 years, maybe even quicker, people will look back and say, ‘Oh, why were we so negative about our future?’”

Falconer has the wind in his sails. The issue of immigration won’t slow him down. Leaving the EU will not only lead to better trade deals, he argues. It will make negotiating them much easier. “We can focus almost exclusively on what the UK is interested in.”

Talking to Falconer, you see him use the range of tools any negotiator needs. He’s self-deprecating and funny, but steely when he needs to be. When I say I’m going to ask him about a subject close to his heart, he replies: “I don’t have a heart.” When I try to flatter him, he cuts me dead. “Flattery gets you everywhere with some people, but not me.”

Prior to his job in the Brexit trade negotiations, Falconer was special trade commissioner for the Legatum Institute.