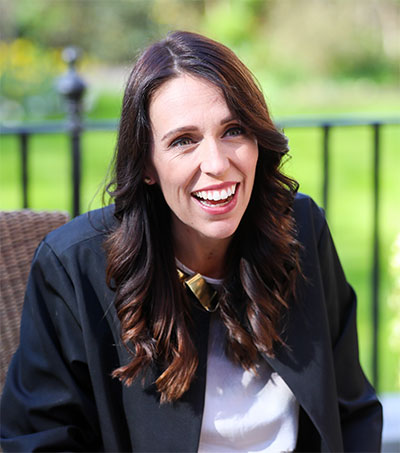 “It’s only appropriate that Ardern, a onetime DJ, became a rock star of New Zealand politics,” the magazine writes.

“Her fervent support among Kiwis, dubbed Jacindamania, helped reverse her Labour Party’s ailing fortunes and catapulted her to the title of world’s youngest female leader.

“The buzz continued when she announced her pregnancy and in June painted a once-in-a-generation vignette: a female head of government, cradling her newborn and embarking on six weeks of maternity leave. Her time off is flexible, it seems.

“In July she announced welfare reforms – including a weekly stipend for new parents – as part of Labour’s promise to improve well-being in a nation that’s grappling with housing and immigration crises.”