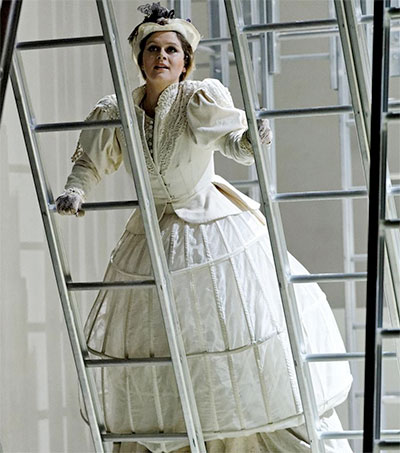 Can western theatre ever tackle the subject of colonialism without replicating its inequalities, Financial Times’ reporter Matt Trueman asks. New Zealand playwright Arthur Meek, feels that it would be presumptuous to write a story about the Maori experience of colonisation.

“I’m not a writer who insists you can’t write outside of your own experience,” Meek says, “but if I was going to write about Maori, which is a very complex culture, I can only do so from a Pakeha perspective.”

In On the Upside Down of the World, which played at this month’s Edinburgh Fringe, Meek focused on the real-life Mary Ann Martin, an Englishwoman who in the mid-19th century recorded her experiences of Maori in a journal. She is a very particular choice of protagonist: “A very unlikely pioneer; a disabled woman who is forced to come to New Zealand.”

“Colonialism is still a part of our history that we’re working through,” Meek says.

At the same time, the term Pakeha is still up for grabs and has become a key part of the country’s multicultural identity. Where it once referred to white New Zealanders, that’s no longer the case. As Meek explains: “The concept of Pakeha draws a wide variety of backgrounds into a common sense of identity.” There is, in other words, something particular and present tense at stake.

Laurel Devinie, pictured, has had exemplary reviews for her performance in the one woman play, with The Guardian saying it was “strongly performed” and “neatly executed.”

Devinie recently recorded her one hundredth performance in the role of Lady Martin while in Edinburgh.

“It’s really special to be here beside other strong New Zealand work, which is something I didn’t really have a concept of before we arrived, but it’s felt a bit like being in a sports team. I love it,” she told the NZ Herald.