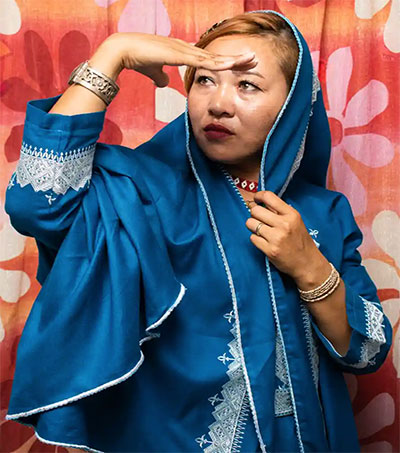 New Zealander Robin Hammond has spent two decades crisscrossing the developing world and telling other people’s stories, Guardian correspondent Lizzy Davies writes. For his latest project the award-winning photographer has embarked on a paradigm shift: to remove himself – and others like him – from the process entirely.

“I’ve spent most of my career on the African continent being an outsider, telling other people’s stories, and I wanted to see if I could contribute to supporting the capacity of refugees to tell their own stories,” Hammond told Davies on a Zoom from New Zealand, where he is currently based.

The result is One Thousand Dreams, a project of remarkable ambition and scale that launched last week, a curation of stories and photographic portraits of refugees, by refugees. So far Hammond estimates they have nearly 700 interviews and pictures; the aim is to get to 1000. Each has been submitted by one of 40 refugee storytellers, some of whom, Hammond says, “had never picked up a camera before in their lives”.

The spur for the project was a desire to change the “predominantly toxic if occasionally well-meaning” narrative around refugees perpetuated in much of the European media, Hammond says.