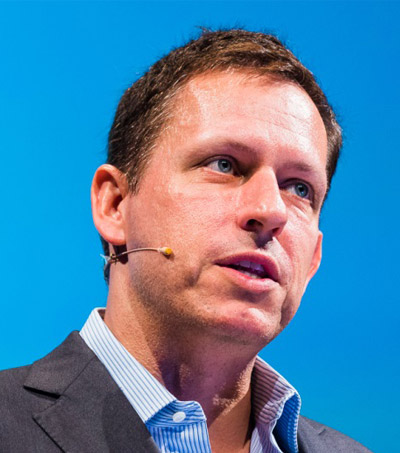 Silicon Valley tech pioneer, Donald Trump advocate, and newish New Zealander Peter Thiel has generated international headlines for the revelation that he was granted New Zealand citizenship in 2011. Thiel first visited New Zealand – and fell in love with the country – in the late 1990s on a summer visit when he was a B.A and J.D. student at California’s Ivy League Stanford University.

Under the New Zealand Official Information Act, a 142 page dossier of documents related to Thiel’s citizenship application were released and published by several major international media titles. The documents note that while Thiel did not meet the “presence” requirement, he was greenlighted because of his exceptional entrepreneurial qualities and access to international capital networks that would assist New Zealand technology companies.

Thiel is a cornerstone investor in the cloud-based accounting company Xero and retail software company Vend. He made a $1m donation to the Christchurch earthquake relief fund. The citizenship revelation came after Thiel purchased a 193ha Glendhu Bay waterfront farm in Wanaka without needing approval from the Overseas Investment Commission.

The Paypal co-founder said in his citizenship application that “I am happy to say categorically that I have found no other country that aligns more with my view of the future than New Zealand…I intend to devote a significant amount of my time and resources to the people and businesses of New Zealand.”

He said that “the wide global network I have cultivated would be of great value to New Zealand, and it would give me great pride to let it be known that I am a New Zealand citizen and an enthusiastic supporter of the country.”

Thiel is a Lord of the Rings aficionado, and named his municipal data analytics company Palantir after “a fictional magical artefact from J. R. R. Tolkien’s fantasy legendarium.” A Libertarian, Thiel recently funded the takedown of the U.S. ‘gotcha’ website Gawker on behalf of celebrity wrestler Hulk Hogan. His animas towards reported stemmed from Gawker reports that Thiel is gay. Thiel endorsed Donald Trump at the 2016 Republican Convention, and convened a pre-Inauguration meeting with Silicon Valley leaders with the then President-elect.

The reports of Thiel’s citizenship come amid several international reports – for example, in Bloomberg and The New Yorker – that New Zealand is the preferred destination of wealthy Americans seeking end-of-days sanctuary. Several major developments have been instigated by Americans including vineyards, lodges, golf courses, farms, and natural habitats. It is generally considered that these developments have been positive for local economies in terms of employment and investment, for tourism, and for ecological development. New Zealand has received a surge of immigration enquiries following the election of Donald Trump.

The New York Times reported that Mr. Thiel believed that citizenship “is the public recognition of a hallowed bond. For that reason and others, he is prepared to make this solemn allegiance and to hereby embrace and contribute to the life, history and culture of New Zealand.”