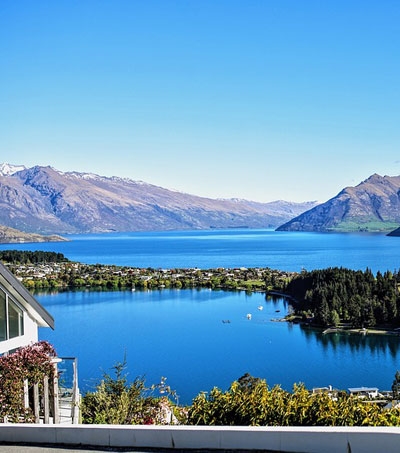 New Zealand Is The New Refuge For the Mega Rich

“The thing that was always working against New Zealand — the tyranny of distance — is the very thing that becomes its strength as the world becomes more uncertain,” said Hong Kong-based financier and founder of hedge fund firm Doric Capital Corp Michael Nock, who bought a retreat 5,800 miles away in New Zealand’s picturesque Queenstown.

“Twice the size of England, but with less than a tenth of its people, New Zealand ranks high on international surveys of desirable places to live, placing among the top 10 for democracy, lack of corruption, peace and satisfaction,” writes O’Brien. The nation recently overtook Singapore as the “Southeast Asian nation as the top place to live for expatriates in a survey by HSBC Holdings Plc. in September.”

New Zealand’s Prime Minister John Key once described New Zealand as “England without the attitude.” “It’s changed leaders just twice in almost 17 years and the last hint of terrorism came a generation ago, when French spies bombed a Greenpeace campaigning ship docked in Auckland harbor in 1985,” as reported in the article.  “It’s that kind of stability that’s attracting a wave of Brexit-inspired migration to the island nation.”

“If the world is going to go to hell in a hand basket, they’re in the best place they could possibly be. People want to get the hell out of where they are and they feel that New Zealand is safe,” said David Cooper, director of client services at Malcolm Pacific Immigration in Auckland, the country’s biggest migration agency.

With the investor category in its residency programme “New Zealand has actively courted the wealthy,” writes O’Brien. “For an investment of NZ$10 million in local assets or funds over a three-year-period, migrants can qualify for residency provided they spent 44 days in New Zealand in each of the two latest years.”