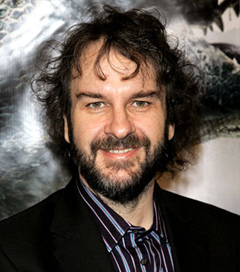 Kiwi director, Peter Jackson is a “game changer who transformed the practice of filmmaking”, according to contributors to the Harvard Business Review’s popular blog. Authors Vijay Govindarajan and Srikanth Srinivas say that Jackson and other effective innovators share qualities they describe as the ‘innovation mindset’. Govindarajan and Srinivas write that these thinkers, “see and act on opportunities, use “and” thinking and resourcefulness, focus on outcomes, and act
to “expand the pie.”

For Jackson, the opportunity was making hit movies, like Lord of the Rings (LOTR) and The Hobbit, with special effects that would keep people stuck in their seats. “Jackson used ‘and thinking.’ He wanted the highest quality movies AND the lowest cost, so he made all three films in the LOTR trilogy simultaneously…Jackson managed what may have been risks in others’ eyes by being resourceful and focusing on outcomes…His outcomes and accomplishments were extraordinary: The LOTR trilogy made for $280 million grossed $6 billion and won 17 Oscars… Jackson expanded the pie and completely transformed the movie industry in New Zealand, so much so that Wellington has become Wellywood and filmmakers like James Cameron have purchased New Zealand property.

Jackson also expanded the pie by extending LOTR’s success to others’ projects. Ian Brodie, an extra in the films, wanted to write a book about the locations where LOTR was shot. Jackson shared all the location details with Brodie and the resulting book, The Lord of the Rings Locations Guidebook, was a runaway bestseller.” In short, the authors write, “Sir Peter Jackson is a game changer. He has transformed much more than the movie industry in New Zealand—he has also transformed filmmaking globally.”