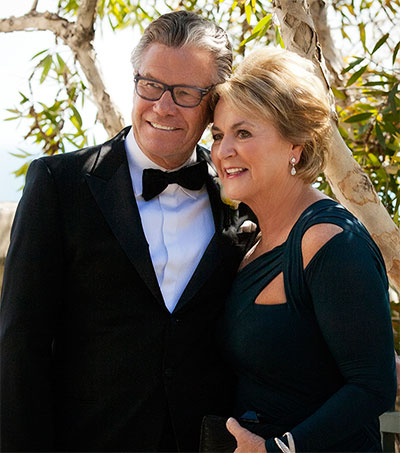 New Zealand-born Peter Cooper, who developed Auckland’s Britomart site, has donated NZ$74 million to Georgetown University in Washington, D.C. to expand an athletic leadership programme and upgrade a sports field, in what’s been called an “unprecedented” act of philanthropy.

The donation, made by Cooper and his wife Susan, is one the largest gifts in the university’s history and the biggest single gift focused on athletics.

California-based Cooper, a former member of the university’s board of directors and the father of five Georgetown graduates, explained that his family chose to make the donation because of their first-hand experience with, and conviction in, the transformative power of the participation in college sports.

Three of the Coopers’ sons played football at Georgetown, while a daughter, Kylie, was co-captain of the swimming team.

“There is a lot of hardship and challenge involved in competing at Georgetown academically and athletically at the same time,” said Cooper, who founded and serves as executive chairman of Cooper and Company, a real estate and private equity investment firm. “We were somewhat touched by the commitment we saw in these individuals and teams. So it is quite a joy for us to be able to make this gift.”

Cooper is of Ngati Kahu, Ngati Kuri and Te Aupouri descent. A former lawyer, he established the Britomart Arts Foundation. Cooper was made a Companion of the New Zealand Order of Merit in the Queen’s 2014 New Year Honours list.