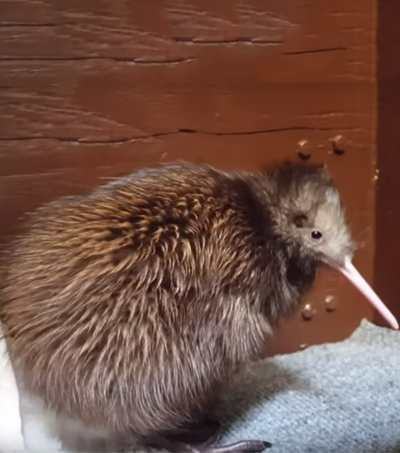 A brown kiwi – a rare flightless New Zealand bird, has hatched at the Smithsonian Conservation Biology Institute in Virginia, as reported in The Washington Post.

When the chick’s parents Ngati Hine Rua and Ngati Hine Tahi arrived in Virginia they were the first kiwis to leave New Zealand in 20 years. Both birds had been given to the state as a present from New Zealand’s government.

“The chick appears to be healthy and doing well,” announced the zoo on Monday.

Ngati Hine Rua, the chick’s mother, laid the egg, but did not incubate it. Male kiwis do most of the work and in this case a “kiwi named Iwi incubated the egg for 30 days before keepers placed it in an incubator.” Kiwi eggs typically weigh about 20 percent of the mother’s bodyweight.

Keepers are collecting fallen kiwi feathers, which will be returned to New Zealand later on. Kiwis are sacred to the Maori people of New Zealand.