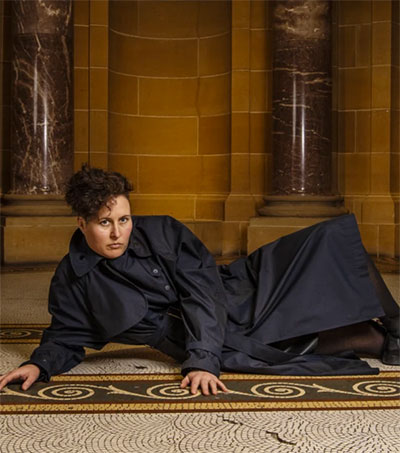 Alicia Frankovich suspects that the activities we undertake as children can determine the shape of our adult selves, Neha Kale writes for The Sydney Morning Herald. When Frankovich, 38, who’s among the most respected New Zealand-born contemporary artists of the past decade, was a girl in the coastal city of Tauranga she was a competitive gymnast, a pastime seemingly poles away from the art world. Turns out the two were closely related.

“Gymnastics demanded a lot of concentration but it was also about what it means to perform,” Frankovich tells the Herald journalist.

“It informed how I think about the world but in relation to art, there’s this idea of the body performing.”

Frankovich has spent the last 13 years mapping what it is to inhabit a human body, to be a body among other bodies or to be part of a social body that’s being acted upon by invisible cultural and technological forces. Her performances, films and sculptures – which have shown everywhere from the Stedelijk Museum in Amsterdam to the Palais de Tokyo in Paris – are an ode to all the highs and lows of embodiment. They can be playful, cerebral, laugh-out-loud funny. They’re also increasingly ambitious, both conceptually and in scale.

She’s engaged the Taiwanese-American artist Tehching Hsieh in a rugby scrum in Brooklyn, New York and filled the Art Gallery of New South Wales’ entrance court with performers who jog in circles, peel mandarins or stretch out on yoga mats in pigeon pose. In September this year, Kale reports, as part of Making Art Public: 50 Years of Kaldor Public Art Projects, she’ll return to the site to stage The Work, a choreographed performance starring those who worked behind the scenes on some of Australia’s most iconic public art projects.

Her 38 participants include the chocolatier involved in Asad Raza’s Absorption, the gardeners who maintained Jeff Koon’s 1995 Puppy and the female bodyguards who patrolled 13 Rooms, Hans Ulrich Obrist and Klaus Beisenbach’s 2013 presentation of living sculpture.

Frankovich studied sculpture at the Auckland University of Technology, where she brought in videos of gymnasts falling off apparatus. Then, Julian Dashper, the late Auckland painter, caught her freestyling at a party.

“He said that I had to follow performance – but performance was really prompted by my life outside art.”

Lately, Frankovich’s own life has been subject to beginnings, middles and endings. Her wife, the artist Alex Martinis Roe, was offered a position as head of sculpture at the Australian National University in Canberra, where the pair have relocated from Berlin although she still shows regularly in Europe.

Frankovich’s The Work will be staged in conjunction with Making Art Public: 50 years of Kaldor Public Art Projects and is on 14 and 28 September in the Art Gallery of New South Wales’ Entrance Court. 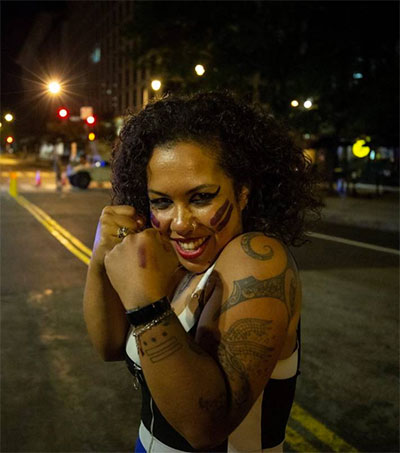 Few could have foreseen the landmark events that would embroil the US in upheaval but for former Hamiltonian Emma Ghaemmaghamy, better known as Emma G, the situation has proved surprisingly fertile…