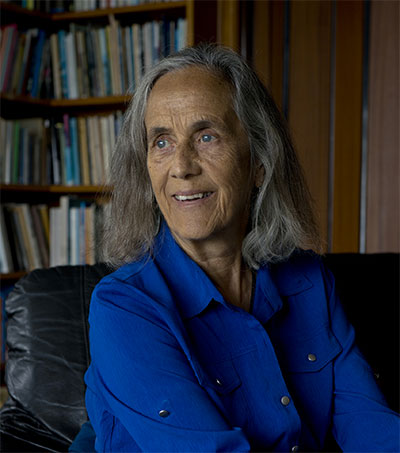 Patricia Grace on Telling the Stories of Maori

Born in Wellington, 80 years ago, Patricia Grace is one of New Zealand’s most important writers, CBC Radio Canada writes. Her stories are inspired by her experiences growing up as the daughter of a European mother and a father who was Maori.

Grace has lived on her father’s ancestral land since 1975. It was on this land that she wrote her debut short story collection, Waiariki. The first collection published by a Maori woman, it won the PEN/Hubert Church Award for best first book of fiction. Since then Grace has earned wide recognition for her subtle, moving work, including numerous novels and short stories as well as books for children.

She’s won the international Kiriyama Pacific Rim Book Prize for her novel Dogside Story, the Deutz Medal for Fiction, and the Neustadt International Prize for Literature (often regarded as “the American Nobel”). Her latest book, the novel Chappy, was released in 2015.

In 2003, CBC’s Eleanor Wachtel interviewed Grace on her ancestral land.

“In a lot of ways I was in denial about [my Maori identity and heritage]. I didn’t want to be different. I just wanted to be the same as everybody else. I don’t mean that I wanted to look the same as everybody else; I just wanted to fit in with everybody else. I used to hear comments sometimes – not always directed at me – about Maori and they always silenced me. I always felt terribly bad and I’d get a headache. I wouldn’t be able to express anything. I used to feel my head starting to ache just through very racist and prejudiced comments about Maori people. I always knew I was one of those people. I didn’t know why I always knew this, but I think I do now. It’s because people told me that I was [Maori]. Some people told me this in a negative way and that I was this bad thing. But I was also told this was something positive.

“You could say that I haven’t provided glossaries because I think that’s what you do for foreign languages and I don’t want Maori to be treated like a foreign language in its own country. I suppose it’s a political act, in a way. I don’t do it to disempower people.

“I feel that writers belonging to smaller communities, like the Maori community, have just as much right as writers from America, Britain or larger communities to write the way they want and in the way that they think is best for the story they are telling, without having to encumber their work.”

TikTok has only been part of our lives for two years, but it’s already had a massive impact on the music business, the BBC reports. South Auckland producer Joshua Nanai, 17,…