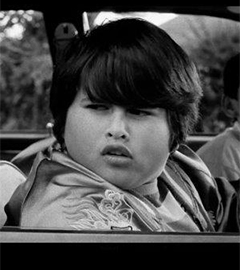 NZ Does Do-Good Ads Better than Anyone

Public service announcements, or PSAs, are a tough nut for the advertising world to crack, particularly when tackling drink-driving or the dangers of drugs. Too often a worthy cause is “laughably ineffective [and] preachy” in its execution. But the new anti-drug driving PSAs from Clemenger BBDO are creating a real buzz Stateside, earning plaudits from Buzzfeed and AdWeek.

Buzzfeed declared that New Zealand produced the best do-good ads in the world, while Adweek praised its humour and light touch in creating messages that are much more effective than the usual car crash horror that passes for public service announcements.

Drug Driving in Aotearoa was shot on 35-mm film in black and white by renowned Kiwi auteur, Taika Waititi, who wrote and directed the international award winning short film Two Cars, One Night (which has clear parallels to the ad).

It features three Maori children arguing about whose dad is the worst driver when “blazed.” As Buzzfeed notes, the ad “is an instant Advertising Hall of Fame Drugs PSA classic”. AdWeek was also impressed but complained it could only understand a third of the dialogue, which is delivered in thick New Zild accents.