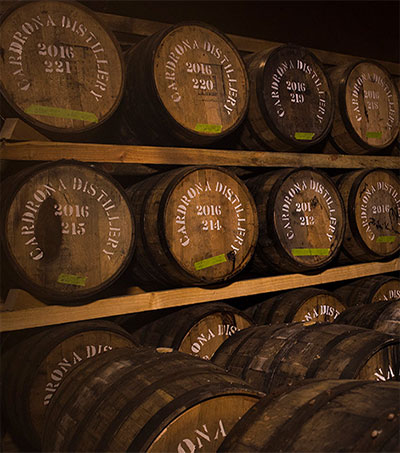 New Zealand’s whisky scene is on the rise. Not for the first time either, but this time it’s being built to last, with upstart distilleries making quality, distinctively Kiwi spirits, and an infrastructure of bars, shops and whisky-drinking consumers in place, Jake Emen reports for Scotchwhisky.com.

Perhaps it’s not a surprise that whisky is finding a home in New Zealand – it’s an island nation with a temperate climate, and a population with a great deal of British roots as a former colony. New Zealand and the United Kingdom are even nearly the same size. Perhaps it was inevitable for uisge beatha to find a home in Aotearoa.

As mentioned, New Zealand whisky isn’t a new concept. Willowbank distillery opened in the 1970s and remained in business for over two decades. Seagrams purchased the distillery in the 1980s though and then sold it to Fosters – yes, of ‘Australian for beer’ fame – which ceased production and sold off the equipment in 1997.

There was quite a bit of stock remaining from Willowbank though, and it’s been hitting the market in recent years from the New Zealand Whisky Collection, which purchased some 400-plus barrels. Releases have included well-aged 25- and 30-year-old expressions, vintages from the 1980s and 1990s, and a wide-ranging lineup of additional expressions. Thomson Whisky also got in on the fun with 18-, 21- and 23-year-old sourced releases, and is also currently offering Two Tone, aged in a combination of Bourbon barrels and New Zealand red wine casks.

That stock won’t last forever, of course. “So we either fold up shop or take the brand we’ve established with Thomson and create our own distillery,” Thomson’s brand ambassador Sam Holmes says. The distillery opened in Riverhead, northwest of Auckland, in 2014, and is making a name for itself by looking to the future with a line of self-produced spirits rather than continuing to rely on the past. They’re doing so by tapping into a few unique local twists, including those red wine casks. “It’s about creating a hallmark for New Zealand whisky,” Holmes says.

Shifting to the South Island, Canterbury is home to Workshops Whisky. The Lawry family had long been in the beverage industry, but following the 2011 earthquake in Christchurch, shifted gears and got to work on whisky production. They constructed their own distillation system with an 800-litre copper pot still, and then added a second still shortly thereafter. The distillery’s first release, a three-year-old single malt, came to market in 2016.

Elsewhere on the South Island, about halfway between Queenstown and Wanaka, is the town of Cardrona and its namesake Cardrona Distillery. In a world where startup distilleries so often rush to market with barely-aged whiskies ‘microwave-matured’ in miniature barrels, Cardrona is taking a different approach by waiting a full decade until the first drop of its whisky sees a store shelf.