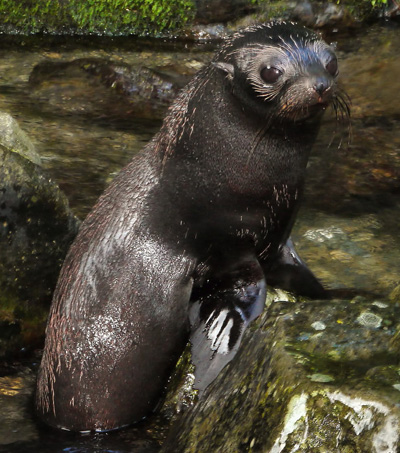 Baby seals in New Zealand have turned the Ohau Waterfall into their personal swimming pool, even though the inland waterfall is more than a mile away from the coast.

“It takes the seals about half-an-hour to get up there from the beach,” said Paul Boocock, former BBC cameraman.

“It’s the only place in the world that they do this, it’s become a day care centre for the babies to go and they can be there for months.”

These fur seals are unique to New Zealand and are believed to take refuge from predators and rough seas at the waterfall, while the older seals go out to sea to find food.

“Every time you go outside (to the beach) there is something to see, sperm whales, dusky dolphins and there are leopard seals on the beach”, said Boocock.

Hundreds of seals can be seen at the waterfall north of Kaikoura from May to October.