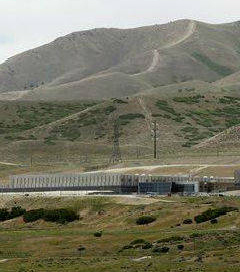 NSA Intelligence Not Sure Against Citizens PM Tells Parliament

New Zealand Prime Minister John Key said in Parliament that the country does not use foreign intelligence agencies to circumvent local laws or illegally spy on citizens, but declined to say whether the controversial US surveillance system PRISM collects information on New Zealand or exactly what information New Zealand does receive from the U.S. National Security Service (NSA).  The comment was a response to questions made in Parliament by opposition after the revelations of government-surveillance in U.S. have raised fears that the NSA may have spied on New Zealanders under an intelligence-sharing alliance known as Five Eyes that includes New Zealand, the U.S., Canada and Australia. Key said that any assistance New Zealand did receive from the NSA would have been lawful and in the nation’s best interest.  “I’m not going to go into the operational matters or techniques used by GCSB,” Key told Parliament. “But what I can give people an absolute assurance is that we don’t ask foreign intelligence agencies to act in any way that circumvents the law.” Key, however, refused to say whether the surveillance system PRISM system used by US spies or a similar system was being used by either the SIS or GCSB. “I don’t believe it’s in the public interest to go into the operational programmes used by GCSB or SIS,” Key said.