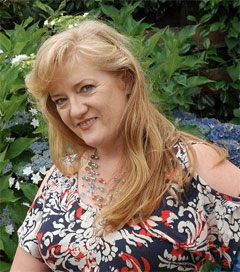 New Zealand author Dixie Carlton’s first novel Margaret – A Song out of Time was inspired by a real woman Carlton first met as Elsie Margaret May McKenzie. She was then in her mid-70s “but still sprightly and quite fiery,” and the mother of Carlton’s future husband at the time.

“We later found out that she had spent more than half her life on the run – having left young children (at least one was fathered by a man she had a long term arrangement with as his mistress) and not only never ever talked about them, but also that my husband was born to a man she ‘wooed away from his wife and family’ before going on the run again,” Brisbane-based Carlton tells Female First.

“I was inspired to weave a tale about what a woman like this might have been, like in her young years, and why she was that way, and also what made women of that era want to not always have the ‘white picket fence’ lifestyle.”

Carlton is a business coach and marketing consultant.