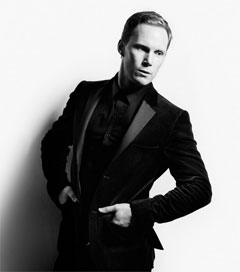 London-based Cross talked to Daniel Falconer at Female First about breaking into the UK music industry and the creative process behind his new single.

Cross admits it was difficult making his foray into the British industry. “You need a combination of persistence, great music, ideally a few contacts and a healthy dose of luck and good timing,” he said.

“Heavy Sea [is] what I call a ‘dance-blues’ – an uptempo track but with a strong, melancholic undertone; the song is about longing, about feeling out of place, about fighting through tough circumstances to reach the people or places you love.

“It was written in Stockholm with Martin Hedstrom, who’s a very well-known songwriter-producer over there. Sweden has such a rich pop history; it’s a great place to write music.”